I recently got into an interesting discussion with a younger single man, “Antonio”. (All names are made-up to protect the not-so-innocent.) He was upset that he had to shell out money to go on dates.

I pointed out the protocol — whoever asks, pays. When a man asks me out, I assume he will pay. When I ask a man out, I pay. This is true until we are in “a relationship” at which point things sorta work themselves out…

So then Antonio asked me how often I asked men out. I had to admit that 90% of the time it was the man asking me out on a first or second date… and he pressed home the point that this was radically unfair to men. He was unhappy because he has to spend so much money looking for love.

That got me thinking. Is it really fair that men spend more on dates?

There are so many ways to look at fairness. Equal doesn’t always mean fair. And social reality often flies in the face of our idealistic views of both.

I consider myself an old-style feminist. I believe in the equal rights of all people. Some people might call me a traditional liberal. Or libertarian. Whatever box you want to stick me into, fear not, I will find a way to climb out. I don’t like being pigeon-holed. I’m a person, not a mannequin or easily defined bit of code. That means I am always growing, changing and evolving — much like feminism, society and the national debt.

So what is fair, when it comes to dating?

Let’s look at biology. In terms of evolutionary biology and reproductive reality, women are more valuable then men because a healthy egg and womb are more valuable than a sperm. Do you doubt this? Then ask yourself how much you will get paid to donate sperm, vs. how much someone will pay you for an egg, or to rent space in your womb.

Perhaps men should consider themselves lucky that all they have to shell out is $10 for a drink, given the disparity in value between eggs and sperm… but of course, maybe that’s not the best way to look at things.

After all, most men are not looking for a baby mama. And most women don’t go on Tinder looking to fill their wombs. Most people who date want companionship, romance, an orgasm or two…

Which brings me to the next argument I made for Antonio. I pointed out to him that for most women, a date involves far more work than it does for men. She’s lucky if he takes a shower and changes his shirt. Hopefully he remembers to brush his teeth and use some deodorant.

Most women, on the other hand, spend significantly more time and effort. Why do you think the cosmetics industry is so large? It’s not because of trans women or goths buying eyeliner, though I am sure that is a growing market. Nope. The vast majority of makeup sales are due to women.

And… heels! And… Brazilian waxes! And… SPANX! Push-up bras! Tweezing eye-brows. Or penciling them in. And on and on.

If we add up all the time, money and pain that women put into their appearance, surely that more than outweighs the extra bucks men spend on dates?

Antonio was not impressed. He said women choose to do those things. I asked him if he would ever consider asking out a woman who was au naturale. He declined to answer. We seemed to have reached an impasse. 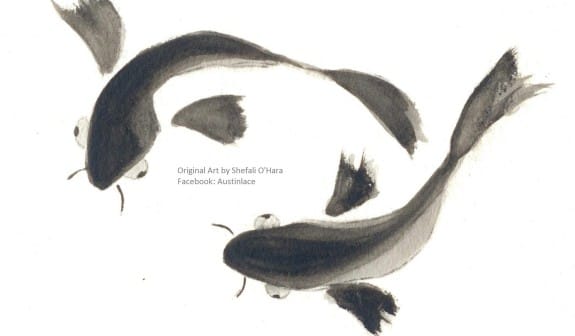 Because nature abhors a vacuum and I seem compelled to fill silence, I pushed on with my next argument.

I brought up income inequality and the realities of social engineering. Men are still paid more than women. Some of this is due to discrimination. Some is due to choices women make. Women are more likely to choose to be school teachers, for example.

However, part of those choices are guided by the reality that women face when they think of things like motherhood. Women know that even today they will do more of the childcare and the housework. So they gravitate toward jobs which will allow them more time home with their children, more flexibility to take the children to doctors’ appointments and so on.

I also brought up the fact that in addition to things like childcare and housework, women still do more of the emotional work in a relationship. I remember reading a statistic a while back, that women usually listed another woman as their best friend while a man usually listed his wife or girlfriend.

My buddy still refused to be swayed. Those were long term considerations according to Antonio. They had nothing to do with his desire for a date to the movies or a quickie in his back seat.

So then I brought up the hidden expenses women pay. I asked him, how often has sex given him a UTI or bladder infection? Did he know the statistics on STDs? How often did he offer to help her pay for birth control? I didn’t even touch the costs of pregnancy or abortion… or bring up the other risk factors that women deal with.

Men might joke around about movies like Fatal Attraction, but the reality is that women are much more likely to be date raped then men are to have their tires slashed by a vengeful hook-up.

Then I brought out my big guns — I asked Antonio how often, during a one-night stand, he had an orgasm vs. his partner.

“How about this?” I asked him. “You sign a contract saying that you are willing to cover half of all costs associated with sex — the doctor’s bills if she gets a bladder infection, half of her birth control costs, and so on. And you furthermore guarantee that if you have sex with her, she will have an orgasm. Are you willing to do that, in return for her agreeing to split the check for each and every date?”

He seemed flabbergasted, but agreed that, in theory, he’d be willing to sign such a contract. I told him that then he had a solution. He should put that on his dating profile and see what kinds of hits he got. I am still waiting to hear the results.

This post was previously published on Medium and is republished here with permission from the author.
—

Talk to you soon.

If you believe in the work we are doing here at The Good Men Project and want to join our calls on a regular basis, please join us as a Premium Member, today.

All Premium Members get to view The Good Men Project with NO ADS.

Need more info? A complete list of benefits is here.

The post Who Pays on Dates? appeared first on The Good Men Project.

Should I Stay or Should I Go?

Continuing a Personal Manifesto About What Makes Men Good